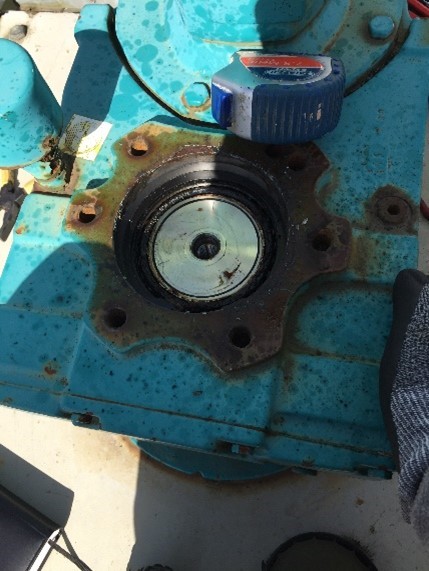 CEM Ltd, a division of Avonmore Electrical were recently involved in a clarifier and picket fence thickener drive upgrade for a pharmaceutical client in Leinster. The client contacted CEM for some advice on electric motor upgrades, while visiting the site the sales engineer informed the client of our extensive geared motor capabilities and this led to a site visit from the division engineer. The plant had been operational for 15 years and the site was undergoing extensive upgrades across the production floor. These upgrades needed to be matched in the water treatment plant and along with the Mechanical Workshop division who, through the engineering and pumping department were entrusted to carry out significant overhauls on the pumps, motors and other driven equipment.

The main focus of CEM’s project came with the Clarifier and PFT geared motor drives, having been operational for over 15 years and with some process changes in the plant upgrade it was felt that new drives were needed to ensure reliability of the driven equipment. The originally installed geared motors were now obsolete and a direct replacement was not an option. CEM, as a BAUER partner company and with our extensive knowledge in the field of geared motors were able to assist in the configuring, sizing, speed calculation and retro-fit requirements of the new drives.

The project included 2 x Clarifier drives running @ 0.05 rpm originally. They were fitted with 0.18kW motors and had the potential to deliver significant torque. We were informed the water to be run through the clarifiers would have 60% less suspended solids based on the new process and so the motor power could be significantly reduced and the speed could be slightly increased, we proposed 2 x BAUER BF Series as per below specification: –

The new speed & torque was approved through the consulting Engineer and we then moved onto phase 2 of the project. 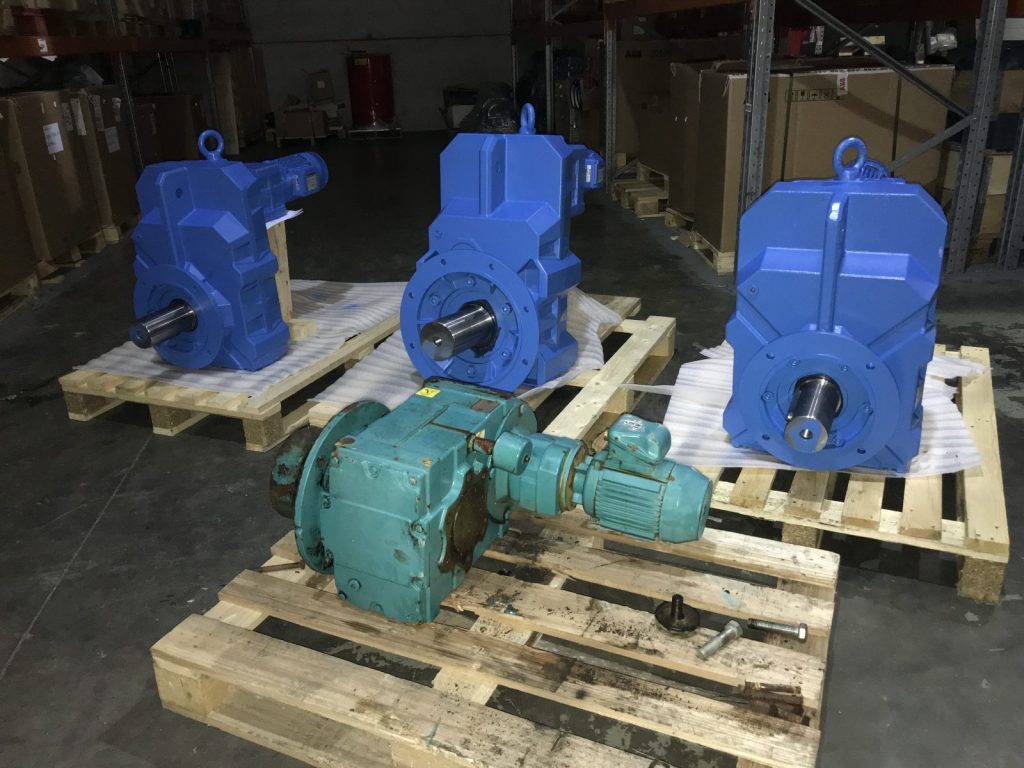 Following the successful sizing of the new drives our client asked could we help with the drive shaft assemblies and solid state couplings, BAUER form part of the ALTRA Industrial Motion Group, a global designer and producer of a wide range of motion control and power transmission solutions. The coupling, clutch and brake division include Bibby Turboflex and that is who we worked with for a solution on the coupling, they were able to offer a suitable coupling, the specification is laid out below: –

The requirement for a Drive shaft was also looked after through CEM, we called on the help of our sister company Avonmore Electrical with their extensive machine shop, the critical dimension we were interested in was the length from the Solid Hub coupling to the top of the driven clarifier, We used the old installed unit to get this measurement and had a be-spoke machined drive shaft produced in 3 days at the state of the art facility in Mallow, Co. Cork.

Due to the age of the plant we were upgrading and to ensure nothing was left to chance each drive being replaced was removed, measured and a bespoke solution was made for both the 2 clarifier drives. These 2 units were delivered on time and fully assembled in our Leinster facility with the drive shaft itself treated with a special rust inhibiting paint and all stainless steel bolt’s etc. Below are some pictures of the units installed on site following commissioning. 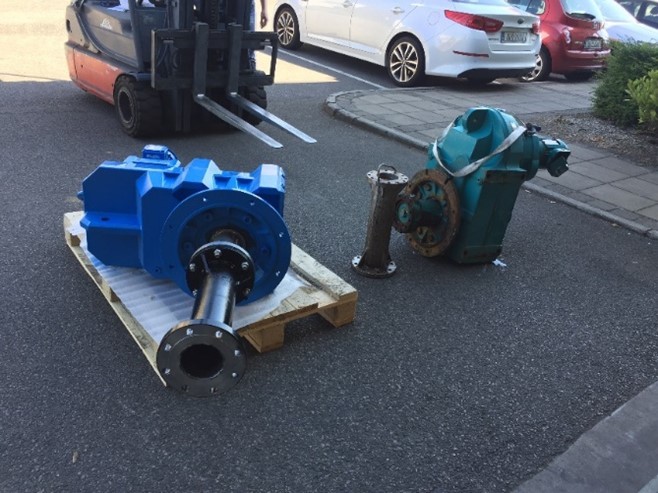 The second part of the project involved the Picket Fence thickener, again this was a long since obsolete unit, this had a similar configuration to the 2 clarifier drives but was a bigger unit, below the PFT drive required an output speed of 0.102 rpm and the motor power was 0.18kW, generating potentially 8,100 Nm based on limiting the torque, we offered the below unit to replace this drive: –

The new speed / torque was approved through the consulting Engineer and we were again tasked with performing the retrofit on the solid-state coupling and the drive shaft, the Series 25 Bibby coupling was within the torque range and the shaft size of 110mm was also covered so we opted for the same coupling to offer continuity, ensure spares availability and interchangeability.

The PFT drive was removed in a 1 week window which allowed us the time to get the drive shaft un-coupled, dimensions clarified and shipped to Avonmore Electrical engineering division for a complete machining of the new drive shaft. The drive shaft’s were manufactured using a high grade steel and re-enforced across the drive and non-drive end’s. It was then treated with anti-corrosion paint. The drive-shaft was returned to the Leinster hub within 3 working days and was then shipped back to the customers site for retro-fit on the Picket Fence Thickener, again, some pictures of the installed unit can be seen after installation and commissioning of the PFT drive on site.

If you have any geared motor, motor or drive applications please contact: –